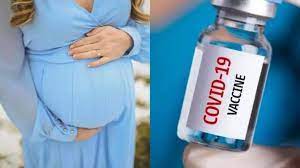 Auckland (New Zealand), June 13: (The Conversation) New Zealand and Australia will now routinely offer the Pfizer COVID-19 vaccine to women at any stage of pregnancy, following an update on vaccination advice.
This is because research suggests that the risk of serious infection outcomes is significantly higher for pregnant women compared to the general population.
At the same time, data from pregnant women who have already been vaccinated around the world have shown no safety concerns associated with COVID-19 vaccines.
Vaccination during pregnancy can also protect the baby. The research identified antibodies in cord blood and breast milk, suggesting temporary protection (passive immunity) for babies before and after birth.
This is similar to flu and pertussis vaccines given during pregnancy to protect pepi.
There are no safety concerns for breastfeeding women receiving the COVID-19 vaccine, and women trying to become pregnant do not need to delay vaccination or avoid becoming pregnant after vaccination.

When the New Zealand government announced its vaccine distribution plan in March, pregnant women were designated a priority in the third group, which includes 1.7 million people most at risk if they contract COVID-19.
This decision reflected information available at the time of international research showing that pregnant women with COVID-19 were more likely to be hospitalized and admitted to intensive care compared to the rest of the population.
The increased risk of hospitalization is similar to that of other priority populations, including those aged 65 and over and those with underlying health problems or disabilities. People in these groups are also more likely to get very sick if they take COVID-19.
New Zealand’s decision was part of a principled strategy aimed at providing fair and equitable care based on scientific evidence, recognizing research that places pregnant women at high risk if they become infected.

The initial advice from the Center for Immunization Counseling was that women could receive the vaccine at any time during pregnancy, but for those at low risk of exposure, they recommended delaying vaccination until after birth.
The Royal College of Obstetricians and Gynecologists of Australia and New Zealand (RANZCOG) issued similar initial advice, stating that women could choose to receive the vaccine at any stage of pregnancy, especially if they were in a high-risk population. But they did not recommend routine universal vaccination if community transmission levels were low.
So what has changed since March? It became urgent to review the first councils as local vaccination centers began vaccinating people in the third deployment group. Furthermore, travel bubbles with Australia and the Cook Islands meant that people were possibly more exposed to transmission.
The first councils in New Zealand and Australia also diverged from other countries, such as Canada. And more research is emerging on the risks of COVID-19 infection in pregnancy, while international experience with mRNA-based vaccines (such as Pfizer-BioNTech) in pregnant women is growing.
Pregnant women were not included in the original clinical trials to test the safety of COVID-19 vaccines. But there is no evidence of any harm associated with the vaccine during pregnancy.
US vaccine trials are now actively recruiting pregnant women. We can expect the survey results by the end of this year. In the meantime, we can take comfort in the registries, which are studies that track women who received the vaccine during pregnancy and gave consent to collect information about them and their babies.
Researchers in the United States found that women who received the vaccine during pregnancy had results similar to history rates for the mother (relative to rates of miscarriage, diabetes, high blood pressure) and for the baby.
The side effects of getting the vaccine were also the same in pregnant and non-pregnant women, and it is safe to take acetaminophen as needed to control them.
Other countries, including the UK, have published decision aids to help with this important decision. I encourage professional groups to create one for New Zealand women who are planning or going through a pregnancy.
The research supports the routine provision of the vaccine to pregnant women, and it is up to individuals to decide whether or not to receive it as part of a decision-making process shared with their midwife or physician. (The conversation) (AGENCIES)